Scenic Beauty: ships on the Sea of Marmara (VIDEO)

Entirely encased wthin Turkey’s borders, the Sea of Marmara has been the setting for legends and object of admiration since time immemorial. Although this small sea can be observed from various vantage points both on the Asiatic and European coasts, one of the most poetic locations to observe this magnificent body of water, is from Istanbul. There, ships from the world over converge through the Bosphorous, transiting from the Black Sea to the Aegean and Mediterranean seas, and frequently, the Atlantic Ocean. It is there that one can be at the same vantage point where merchant ships could be observed ever since the dawn of civilisation.

Water and it’s ways are and have always been central to Istanbul. Whenever this famous city is evoked, the majestic Bosphorous immediately comes to mind, inextricably interlinked to this dwelling place. In fact, the now close to 16 million residents of Europe’s most populous city live in close contacts to not one but three world renowned bodies of water: the Golden Horn and Bosphorous rivers, as well as the Marmara Sea. Growing up in the city etches memories of each of these waterways deep within one’s psyche.

Whereas the Golden Horn and the Bosphorous are definitely urban settings, the Marmara Sea is the place where eyes drift into the distance of the horizon offering a panorama conducive to rest and imagination. Istanbul is one of the rare cities to have such a long history, that it has held three names throughout it’s existence. For centuries and even millenia, it has been the place of convergence of inhabitants, visitors as well as merchants. When one looks at the map of this location, it becomes clear that it is an obligatory passage between the Black sea and the Mediterranean and everything that lies beyond, and vice-versa. Therefore, throughout the ages, boats and ships carrying various goods and people have been obliged to sail through the small but splendid Sea of Marmara. 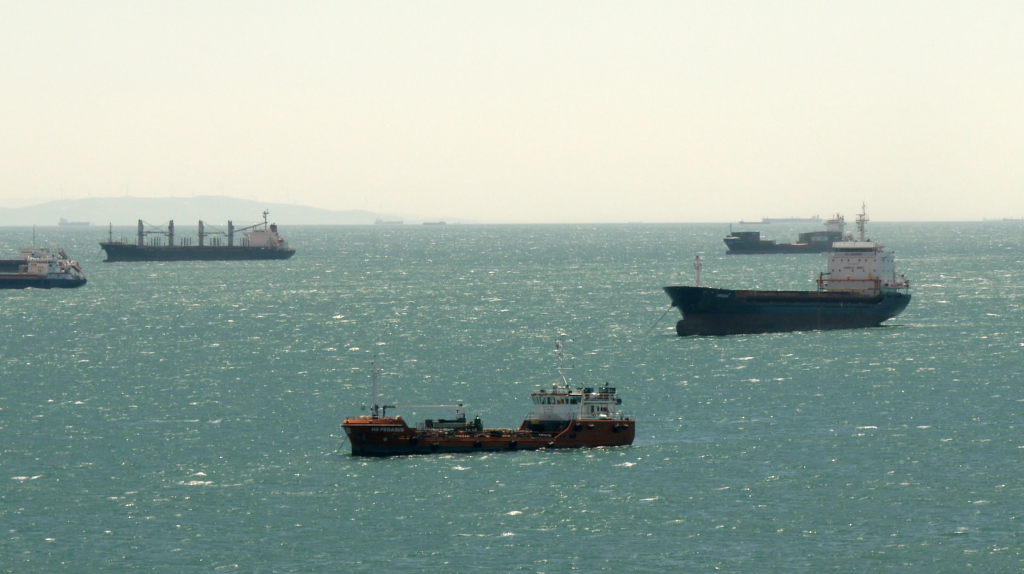 Ships off the coast of the Marmara Sea, as seen from the European side of Istanbul. Photo © GEC

One can imagine Phonecian ships carrying huge stones passing through the sea of Marmara, entering or exiting the Bosphorous, thousands of years ago, observed by a local inhabitant, thousands of years ago. Today, the technology has changed but the same paradigm unfolds before the gaze of the onlookers. Cargo and passenger ships perpetually cross this sea, slowly flowing along the waves of Marmara.They come from Ukraine, Russia, Georgia and other Black Sea coastal  countries, in order to deliver precious goods to he world. Inversely, boats from around the globe navigate through this precise entry point. How many times have women and men stood beside the fire of a roasting lamb, or roasting eggplants, and silently watched this sight, the mind wandering between the sea horizon, it’s coast, the stars and clouds, listening to the hum of the city, the laughs of strangers and friends, or the distant howl of a coyote. 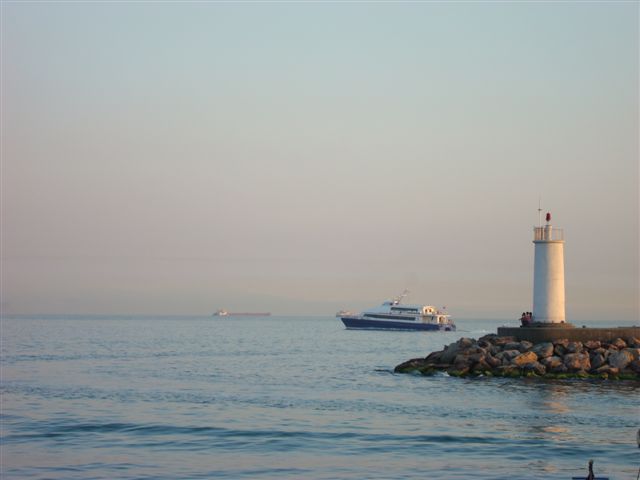 Lighthouse offering a broad view from the Istanbul coast of the Marmara Sea.

To cite one example of a famous mention of sailing into the Marmara Sea, we can think of the Argonauts. Indeed, Jason and his Argonauts, according to legend, once got caught in a seastorm on the Sea of Marmara, once known as the Propontis. They were finally able to land on the island that now gives it’s name to this sea, the Island of Marmara. This is the main island of this sea, named after the white marble that originates from it’s land, which can be admired in Hagia Sophia when visiting Istanbul. The story then takes an unfortunate turn when the local king, King Cyzicus mistakes the Argonauts for his enemies and is later killed by them when conflict arises. 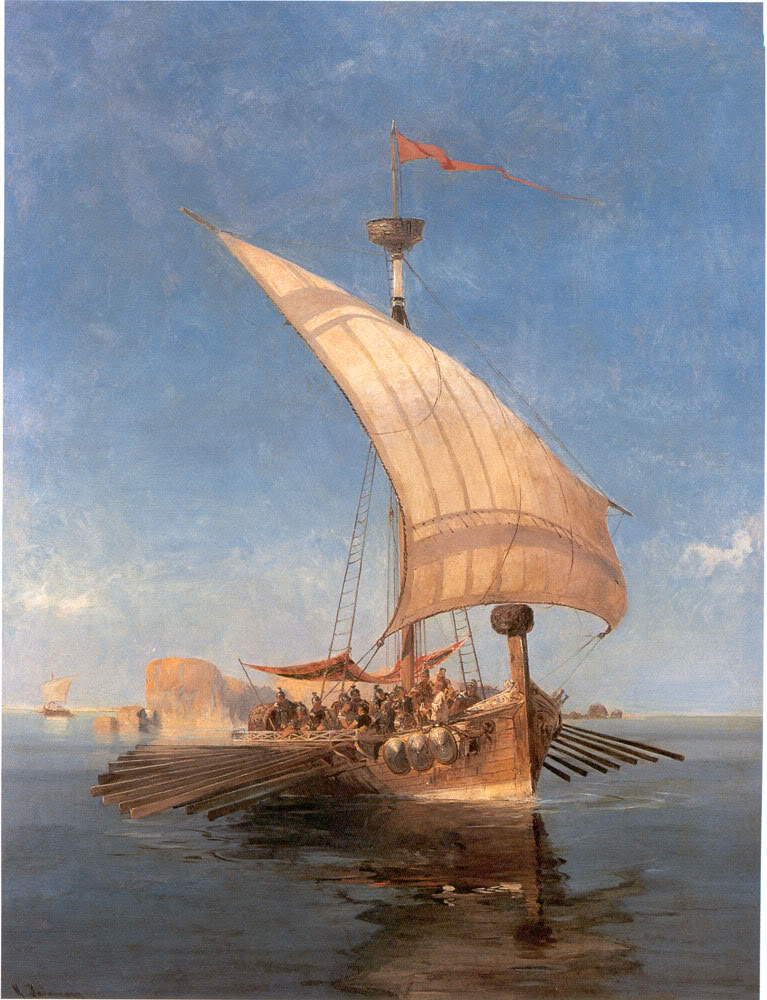 Jason and his Argonauts setting sail into the seas, as depicted by Constantine Volanakis.

The view from the Istanbul coast overlooking the Sea of Marmara is mesmerizing. Passageway of ships across centuries and leagues, today’s numerous boats alternately set anchor or cross this point. This maritime crossroad is an integral part of Istanbul as well as Turkey (or Türkiye) and most definitely exudes splendor. It is where time can be lost for a quick instant. Even though special care must be taken that used waters from ships aren’t illicitly dumped in this place, and that ship’s hulls remain intact during storms, many have been awestruck at the sight of the endless ships sailing across this beautiful sea, dotted with it’s famous islands. It is where the human ships sailing come to be one with nature, ressembling the activity of hardworking ants bringing grains of sand to ttheir hills, aswell as migrating birds, transiting towards faraway lands, inviting the mind to imagine where the destination is, basking one’s journey, near or far,  in a source of Splendor.