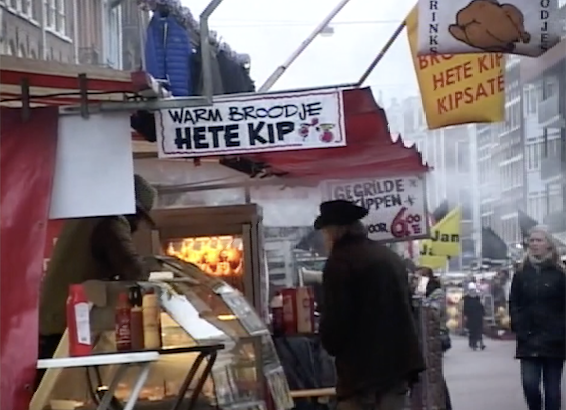 Albert Cuyp Market: gone to the market in Amsterdam (VIDEO)

Most everyone has heard of Amsterdam; perhaps sometimes not for the right reasons. This city was once the world’s wealthiest, during the 17th century. Apart from recent touristic wave usual interest, the city also boasts some very authentic markets. Albert Cuyp market is Amsterdam’s most popular one.

Amsterdam is the Netherland’s capital. Holland is the name of a province that used to be, now divided between north and south Holland. The magnificent city is already well known for it’s canals and it’s population’s extensive use of the bicycle. It is most definitely Europe’s bicycle capital. Street markets are still widespread in this country. For a visitor wanting to get a quick glimpse into the everyday life of the people, as always, markets are a great place to start.

You will find the Albert Cuypmarkt between Ferdinand Bolstraat et Van Woustraat streets. It is the country’s most vivited street market. It actually started in the 19th century as a spontaneous gathering of street vendors and carts carrying various goods. The place of exchange became so filled with activity that the authorities at the time decided to make it an official market as of 1905. It soon became the main one of the city. By 1912, it was already open six day a week,

This market is in the heart of the De Pijp area. Thanks to the multiethnic fabric of this place, there was renewed interest and popularity in this as well as the nearby Dappermarkt. A wide array of ethnic stalls sell various ingredients, catering to the local and touristic customers. Many stores and restaurants opened in the street behind the vending stalls, further contributing to the diversity of this unique location.

Who is this Albert Cuyp who’s memory gave it’s name to the market? Perhaps more than one knows the answer to this question. This man is a central figure to Dutch culture. He symbolically presided over the country’s golden century. Indeed, during the 17th century, thanks in part to Amsterdam hosting the world’s first continuous stock exchange: founded by the Dutch East India Company in 1602, there was tremendous growth. At this time, the city became very central to the western world.

Albert Cuyp was the son of another famous Dutch master painter: Jacob Cuyp. Albert went on to become one of the most emblematic painters of the then still budding nation. When looking at his wonderful paintings, one can sense the subtle signature of the period’s specific Dutch aesthetic signature. This painter’s works can be found in various museums and mansions throughout the world.

Gone to the markt to eat some waffles

You want to eat some waffles? You can always make some yourself or go to the supermarket. However if you want to try the real thing, Albert Cuyp Market is the place to start. Belgians might argue that the waffle is their own national delicacy. However we must remember that this country was crafted by carving out a Flemish piece of the Netherlands and a Francophone piece of France. Waffles are indeed also an integral part of Dutch culture. You will have more than one occasion to indulge in the comforting sweetness of an authentic waffle in this street market. To be more precise, the Stroopwafel is a typically Dutch variant of this food.

Originating in the city of Gouda, the Stroopwafel is made from two relatively thin waffles with caramel syrup in between. Many street vendors make them for you with some offering a hazelnut variant. Do not hesitate to try one, especially if you have a sweet tooth.

There are many other typical specialties to be tried in the Albert Cuypmarkt. For the more adventurous, you may try to eat smoked or raw herring. To be worthy, one can try eating it in the traditional way: eaten whole, while holding it from it’s tail from the hand over the mouth. Another one, most definitely is Gouda cheese. You will find many variants of this delicious Dutch staple: ranging from the young and supple Komijnekaas to the hard and very flavorful older varieties. I strongly encourage you to delve in the wondrous variety of the world famous Dutch cheeses to be found in this market. The vendors will be very happy to let you taste the precious cheeses they take pride in selling.

For those who won’t be going to Amsterdam, don’t cry, for if you look arduously, you most probably will find at least some of the typical Dutch foods in major cities. Dutch gastronomy and culture is rich and there are more than one splendid discovery to be made.

As for the happy ones who will make the trip, I strongly encourage you to remember to take the time to go to the Albert Cuyp market as well as the other markets who each have a subtle difference. Go forth and be ready to be pleasantly surprised!

What a surprising place to discover. This incredible Amsterdam Market deserves a lot of visitors. Guess what, now I know where I’ll go this summer. Thanks for your interesting article.