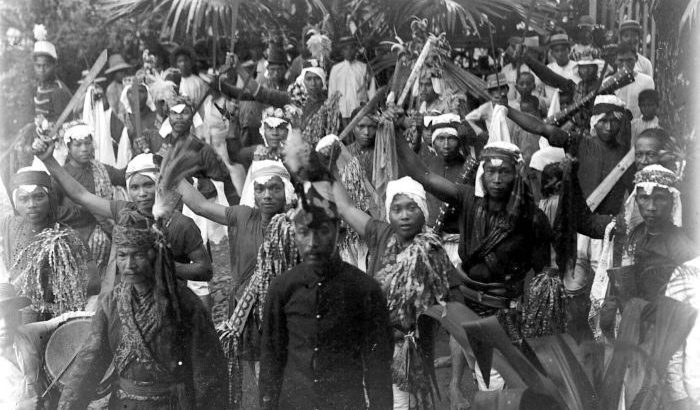 Paniki, a dish from North Sulawesi

Indonesia has many typical culinary traditions spread throughout the archipegalo. In Manado, North Sulawesi, there is one food which slightly creepy when we imagine eating it. Even for a native Indonesian such as myself, this food brings up images of something that is not unlike what some Americans like to celebrate around this time of year, namely: halloween. The dish I am thinking of here is Paniki. Paniki is another name for fruit-eating bats.

Manado and North Sulawesi was first populated by humans between 3000 and 4000 years ago, according to most estimates. The first people of this region are the Minahasa people. 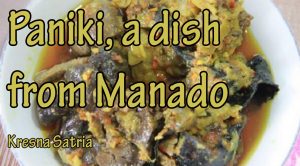 During it’s history, there has been Chinese, Ternate, Portugese, Spanish, French, and most importantly, Dutch presence. They have each had an influence and there has been mixing of those foreigners with the Minahasa. The people there developed their own culture, and a special cuisine known for it’s own blend of spices. The place is known now as one of the most peaceful and pleasant places in Indonesia.

The dish that is a typical North Sulawesi Paniki stew needs bat meat. However we cannot use just any bat. For the real thing, flying little foxes are the right ingredient for paniki. This is another name for fruit eating bats. They are much bigger bats than the usual ones and they do not even use echolocation to move around, as they have very good sight. Fruit-eating bats are used to make this culinary delight because they have many properties. Many studies say that paniki is rich in nutrients and protein, and that kitotefin substances make the bat meat very powerful to treat asthma and lung disease. Many uncommon meats are often served in North Sulawesi, and it has a quite special culinary reputation. 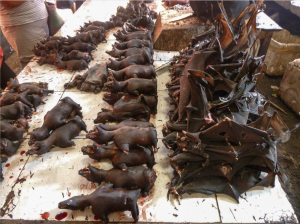 Paniki feathers have been cleaned and removed before it’s is meat cooked with a variety of luxurious spices. It is stewed in woku, a type of bumbu or spice mix typical of Manado. Some ingredients of the woku used in making the paniki stew are red chili, lemongrass, ginger, onion, garlic, candlenut, turmeric, tomato, turmeric leaf, lemon leaf, scallion, lemon basil, and many more. These ingredients must be boiled and mixed with coconut milk, coconut oil, and a bit of salt until all is soaked together. When paniki is served, the smell of the dish is very strong. 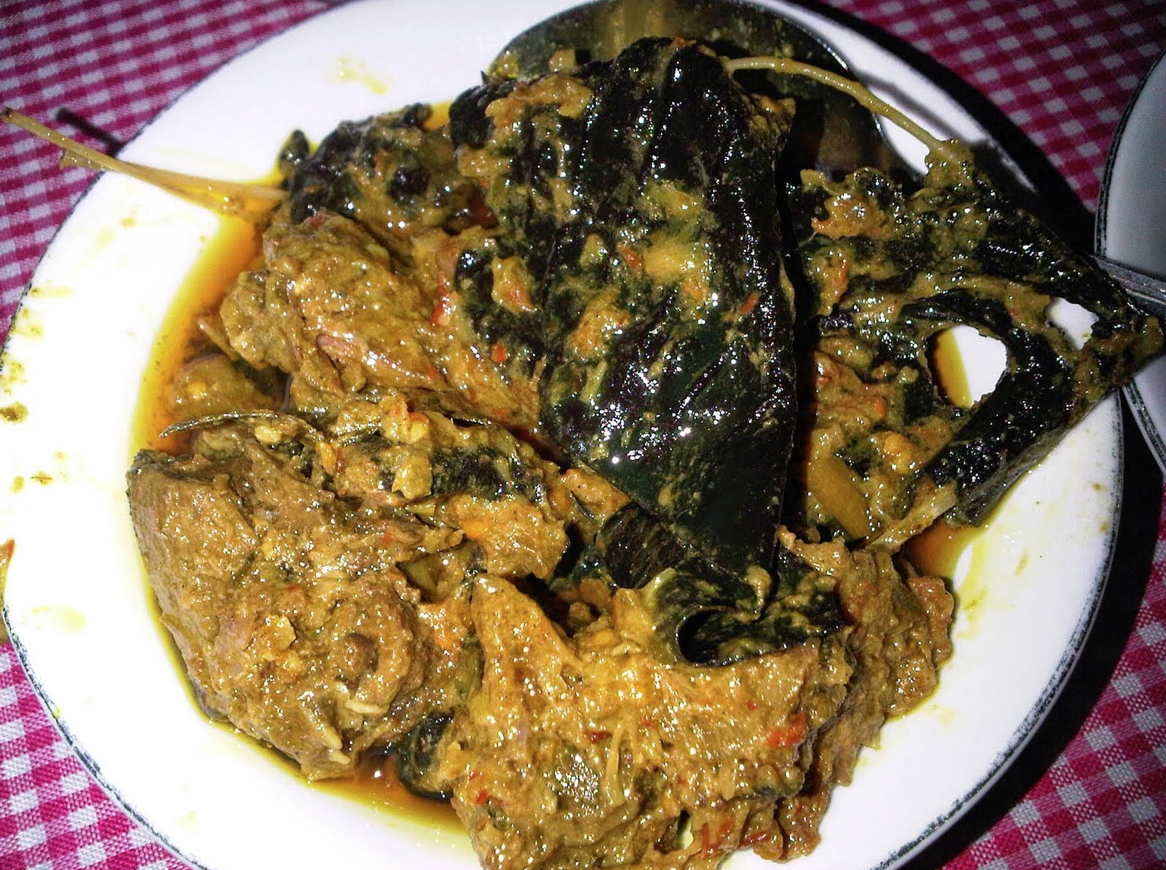 Paniki is served complete with its wings. It takes a little hard work to chew and eat it because this bat meat has a tendency of being a little tough. However, there is something to look forward to. The best part is the wings. When we eat the tender part in their wings, we feel a certain sensation arises, it feels a bit soft in mouth, has a very nice texture and it is rich in flavor.

When you eat paniki, there is a very prominent taste of luxurious spices of Manado cuisine. Spicy and little sour and somewhat tangy. Many people (including me) do not especially like paniki meat as such, because there is no sense of originality to paniki/bat meat. Unlike other meats, it does not have a very unique taste to it. The dish is interesting mainly because of the taste of the luxurious spices of the woku of Manado cuisine. So, what we enjoy to eat is the flavor of the spice itself, not necessarily the bat meat, although the wings are a real treat. Also one must not eat too much bat meat because the bat accumulates certain compounds from seeds that are non toxic to them but can be harmful to humans if eaten in large quantity on a regular basis. 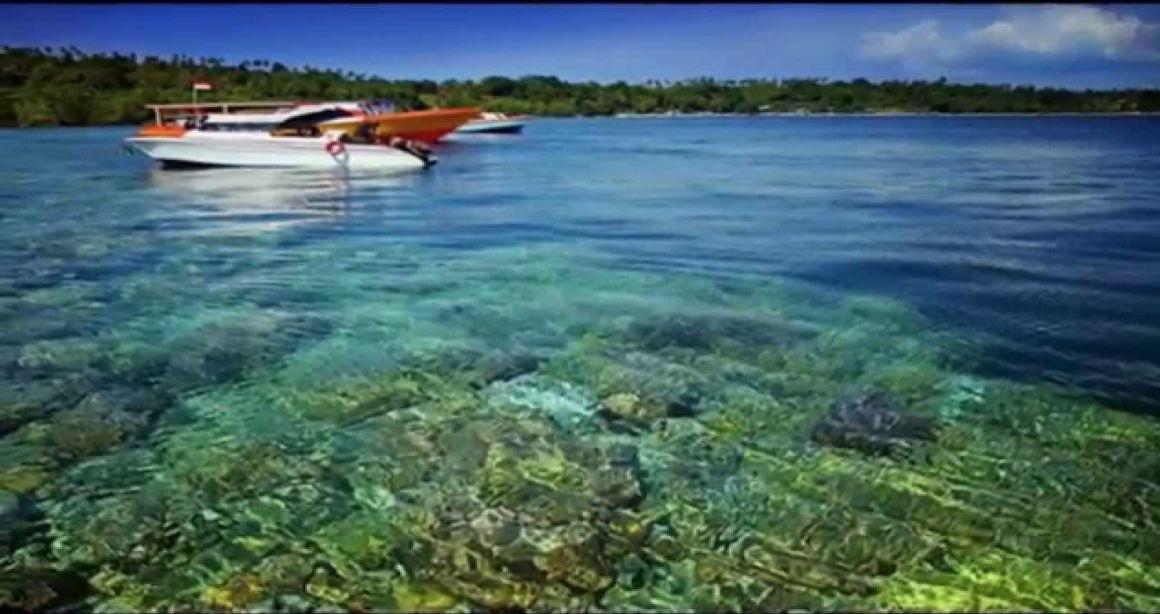 People who like extreme food, can travel to Manado, North Sulawesi, Indonesia to try this food and another extreme food like snake meat, grilled rat, and many more such odd dishes. This extreme food can be found in Tomohon Market in Manado, besides trying these extreme foods, Manado has many beautiful places like the truly wonderful Bunaken Island, and Tondano Lake. One can go for Sawangan Rafting, and many more interesting activities. So this is one way of giving you a small sample of what you can find in Manado and North Sulawesi. Great cuisine very different from the western styles, and beautiful scenery, also unlike others in the rest of the world.

Bat meat? Seriously? I don’t know. Maybe, but not sure 🙂

This does not look like a very safe dish to est nowadays, especially with the coronavirus and all. I don’t think I would have the courage to try such a dish.