In any foreign part of the world, who doesn’t love to stop by a local market, to look and smell what goes on. Indeed, when many cities can look sound and feel alike, more often than not, farmer’s markets, offer a glimpse of something that defines a place. Local farmer’s markets are the perfect window to see a local inhabitant going about their day’s activities can be truly like in that specific neighborhood. States of Splendor stopped by a small typical market, in northern China, to take a peek at what’s up in the city’s street markets.

The capital of the northern China Shanxi province is Taiyuan. It is a big city but by Chinese standards, only a medium one, since it has a population of only 4.5 million. It is a typical middle empire middleweight city and an important manufacturing hub. Stretching back all the way to 497 B.C., the history of the dragon city is much longer than one would think upon first glance at it’s skyline. However, as soon as one comes across Taiyuan’s famous twin towers at Yongzuo temple, it’s past starts to unravel. In fact, this city has many times been the imperial capital of different dynasties. The Sanqiao residential district is one right in the middle of central Taiyuan. It holds many parks, borders the Fenhe river, and, as do all proper residential districts, has a few usual street wet markets.

Choice of the locals

Even though there are countless supermarkets in Taiyuan, the first choice for most of the population remains street markets. People tend to prefer buying directly from the merchants who bring their meat, grains and produce directly to sell them at their stalls. The product has gone through less intermediaries and has a tendency of being fresher. Above all, it is the possibility of negociating that seems more natural to residents of the area. Thus, when walking along the alleys of the streetmarket, one will hear various voiced advertisements for products sold. Some ads being shouted by the merchants themselves, some by recorded voices over speakers. 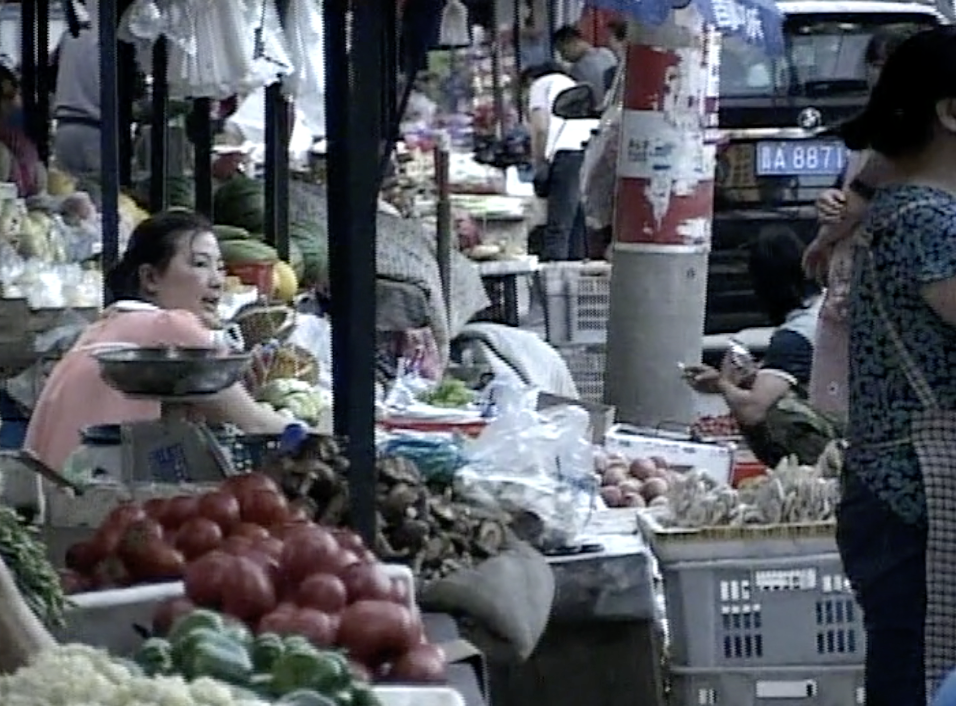 This market is not the city’s most important, far from it. However, it does portray the typical wet market that can be found throughout the region. Various vendors are quite comfortable and used to selling their products from their spot on the side of the street. It is quite a common site in these parts. A whole atmosphere emanates from this simple site where local goods are sold. 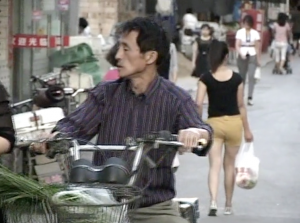 One thing is without doubt: you can find unique products if you come back regularly and scour the contents of the stalls. Many everyday commodities are found, but beyond those, some more sought after specialties can often be found. Those can range from spices, to certain wild fruits, mushrooms, even some handmade baked goods. One must know, though, that baked is a loosely employed term, as the western style oven, is not at all in widespread use here. 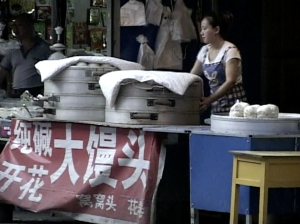 All in all, this Taiyuan market is just but one out of an immense number of streetmarkets. Quite unlike North America, where farmer’s markets are a special attraction where people go to almost as a special outing, street wet markets like this one are part of daily activities. One stops by here to buy a few fish and some herbs, and goes back home to cook them, as fresh as can be. This type of market still has a place in the necessary amenities of daily living. In fact, a good reason why people like to come by here, locals as well as foreigners, beyond groceries, is that you can feel the authentic heart of the people of a given region, in it’s farmer’s markets. Taiyuan’s Sanqiao district market is no different: day by day, the pulse of everyday choirs and small joys ebb and flow in these simple alleys.